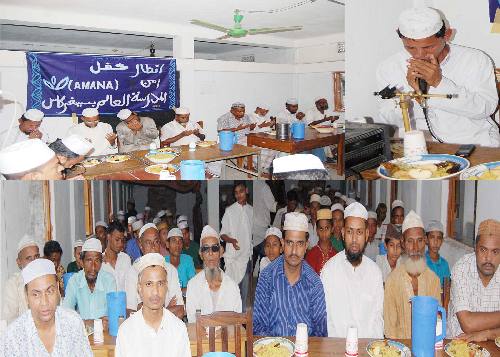 On Sunday 21 August, an Iftar was organised by Amana Foundation for the poor children of Singerkach village. The programme was arranged by Mosobbir Khan the younger brother of Late Al Haj Mabaswir Khan at the Singerkach Aliya Madrasa. It was attended by over 100 poor children and some local Imams and local dignitaries.

This was the first event in Bangladesh organised by Amana Foundation during ramadhan and a second one is to follow on Thursday 25 August in Dhaka once again feeding 100 poor people.

<< Go back to the previous page